Prior to entering private practice, he served as a career Coast Guard officer in vessel operations and engineering, and later as a law specialist and CG JAG. He served as Trial Attorney & Coast Guard Liaison for the U.S. Department of Justice, Civil Division, in San Francisco, handling admiralty claims on behalf of the United States. He also served as legal advisor to the Fourteenth and First Coast Guard District Commanders in Honolulu and Boston (during 9/11), and concluded his service as the Atlantic Area Commander’s Executive Assistant, retiring at the rank of Commander.

He is currently the Vice-Chair of the Southeastern Admiralty Law Institute. A Proctor in Admiralty, Steve Chairs the Maritime Law Association of the United States’ Committee on Vessel Regulations, Operations, Safety, Security and Navigation. He is a graduate of the Coast Guard Academy, Case Western University School of Law, and holds a Master of Marine Affairs from the University of Rhode Island.

Steve is rated AV ® Preeminent TM Peer Review Rating by LexisNexis Martindale-Hubbell, and is recognized in Best Lawyers in America ® for Admiralty & Maritime Law. He is also listed in Virginia Super Lawyers for Transportation/Maritime from 2013-2019.

He is a supporter of music and the arts within the Hampton Roads community, and is the immediate past president of the Tidewater Arts Outreach Board of Directors. He also owns a professional recording studio, where he records and produces for local musicians. He and his wife, Christie, live in Chesapeake, Virginia.
Speaking At
Presiding 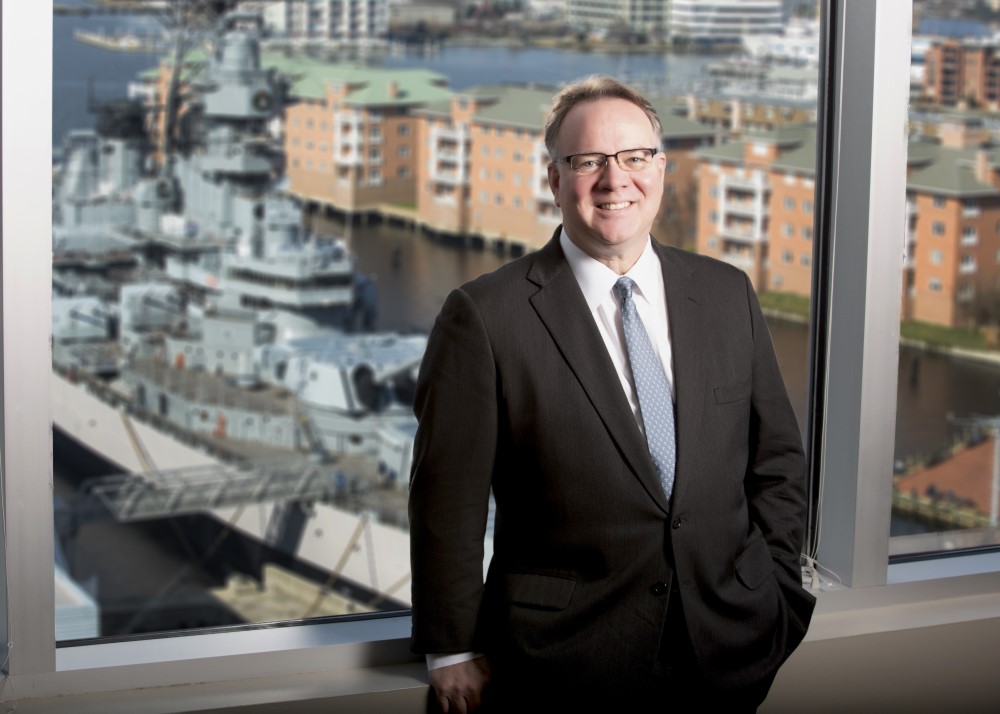